The Voice. It is the instrument that fascinates me most. The origin of that fascination was laid by my introduction to the work of the Greek-American singer Diamanda Galas. I was a teenager and discovered the Voice. The body as a unique sound box and the vibrations of two vocal cords as a direct source of Emotion. How music can be made without the need for another instrument or tool: that simplicity and purity has always intrigued me. From the avant-garde singing of Galas, Meredith Monk, Sainkho Namtchylak, David Hykes, David Moss, Fatima Miranda, Christian Wolz, etc.… my interest went – over the years – increasingly to the classical world.

It is February 15, 2017 and I am in the Sint-Macharius church in Ghent for a concert by Graindelavoix. It’s the first time I’ll hear them live. On the program: cypriot vespers, written by Jean Hanelle (c.1380-c.1436). We sit as an audience around a temporarily installed stage, in the middle of the church. There are, in a large circle, a few high stands on which lights are hanging. It has, in its simplicity, something very ritual and mystic. Even before one note sounds, I feel privileged to be there. Something Is About To Happen.

The lights go out. The typical silence before a concert, full of expectation, fills the church. I hear muted steps behind me on the left and see that a lamp starts to shine. Singer Razek-François Bitar opens the concert a cappella with ‘Arsala’llah’. I’m instantly in another world, in another Era. I experience an intense sense of Beauty, in all its simplicity. There is the warm and mysterious sounding voice, there are the words that I don’t understand, but nonetheless touch me and the telling silence in between – with its reverberation. Graindelavoix managed to grasp me firmly and take me to their own wonderful world of voice splendor.

The name for this multidisciplinary ensemble from Antwerp comes from an essay by Roland Barthes: “…le grain, c’est le corps dans la voix qui chante, dans la main qui écrit, dans le membre qui exécute…”. Through their vocal work, Graindelavoix wants to look for this ‘grain’: as a physical and spiritual reflection of the Voice. The group was founded in 1999 by artistic leader Björn Schmelzer (anthropologist, musicologist, autodidact) and received international recognition. The focus of their vocal work remains the old repertoire. Schmelzer examined the vocal techniques and uses of that music in the Mediterranean world (southern Italy, Sardinia, Sicily, Spain, Portugal and Morocco), where also the roots lie for the medieval vocal traditions of the West (in particular the Gregorian chant).

Last year 500 years passed since Josquin des Prez (c.1450-1521) died. He was one of the most important Renaissance composers and member of the Franco-Flemish School. This movement (14th to 16th century) is characterized by polyphonic vocal music, as a successor to the Gregorian chant. That Graindelavoix would dedicate an album to this great composer seemed to be written in the stars. The fact that the album could be released at all, was not obvious during difficult coronatimes. Nonetheless they succeeded in that plan and ‘Josquin, the Undead’ was able to be recorded in Italy, Banna (Poirino) in June 2021. On September 25, 2021, the Belgian debut performance took place and I was allowed to immerse myself in the world of Desprez (his name does not have a uniform way of writing).

Let’s take one step back. ‘Josquin, the Undead’, why ‘the Undead’? Desprez lived at the time of the invention of the printing press. His musical work was popular and was therefore prey to malafide publishers who made subtle changes or even wrote new compositions and signed it with ‘Des prez’. In 1540 it was said that after his death Josquin wrote more compositions than during his life. And it is true that there is a lot of work for musicologists to look at these manuscripts and find out which ones are originally composed by Desprez and which ones aren’t. In addition, there is also the fascination of the composer for Death, at least in his later work and especially in his chansons – which forms the focus of this album. It has the subtitle: ‘Laments, deplorations  and dances of death’.

Back to Ghent and the concert hall of the Bijloke, where the performance took place this time. Despite the recent renovation, the improved acoustics of the auditorium and the historical setting of the site, I felt sorry not to be in a church again. Fortunately, I had a good seat close to the stage. It helped me to lose control of time again and end up in That Other World. The waving character of the interwoven melodies was visually visible throught the serene choreography I saw on stage. Singers who subtle wiggle, go through their knees, moving back and front, dynamically moving the scores in their hands,… How wonderful to see and hear that level of intensity.

They had chosen their last song well: the Totentanz or Dance Macabre ‘Petite Camusette’. It is about the young couple Robin and Marion who, on a walk in the forest, are chased by Death (‘Camusette’ or ‘Camuse’, as a personification). The song lasts barely 2:20 and is filled with canons (a compositional technique) whoses melodies nest like ear-wurms in the head.

A few days after the concert, Desprez appears to be doing his nickname ‘undead’ all credit, given that I don’t get that encore out of my head. 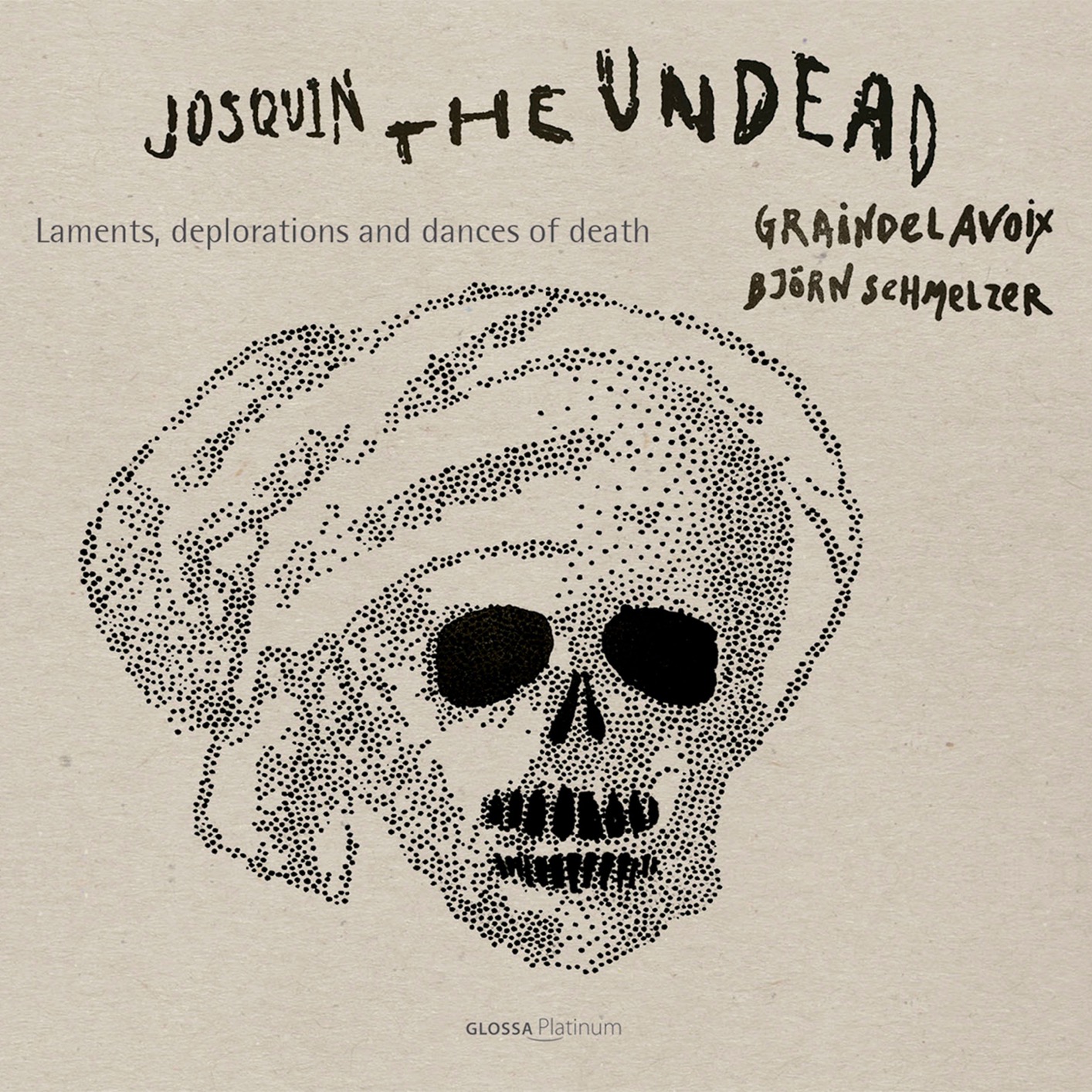